AfterSix Productions (A6P), a music production duo, aims to capitalize on the changing global music entertainment market via the execution of current music production and social media practice techniques for creating high-quality music releases. The mission goal is to continually succeed in writing and producing their own music and artists that will be listened to beyond the years of original debut.

Located in Laurel-Bowie, Maryland, A6P will develop and work with potential artists that believe in our vision, and vice versa, in order to build a highly successful music production organization that is internationally respected and connected throughout the music industry. In addition, we strive to partner with artists in achieving a mutual goal in the creation of music that stands the test of time. Respect, positivity and integrity, across all levels, defines the  foundation of our vision. There is no compromising these values.

The mid-80’s saw the birth of After Six (formed just a few months before the R&B group, After 7 debuted) and  a submission of a demo to Solar Records, who acknowledged some interest,  but no follow up. After some years on hiatus, through 2002, After Six Productions was reformed. The first studio project for the artist Shadiyah was a remix of a song called “It Takes Two”, which resulted in a more formal pursuit of a writing/performing/production role. AfterSix Productions is registered as songwriters with BMI and SkySongs Music Publishing Worldwide (BMI).

We look forward to doing business with you. 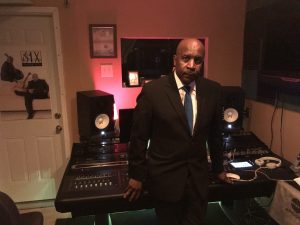 Doug’s musical influences include range from guitarists Wes Montgomery, Kenny Burrell, and  Joe Pass, to Paul Jackson, Jr, Mark Hicks, Jesse Johnson, O’Dell, Marlon McClain, Mark Whitfield, and Norman Brown. He started playing guitar at 14 and in bands shortly after citing influences by Incognito, Mint Condition, Jeff Lorber Fusion, and others from the 70’s through 90s jazz, R&B, and funk genres. Learn more about Doug, his solo releases, session work. and where he serves in church ministry, at his LinkedIn profile