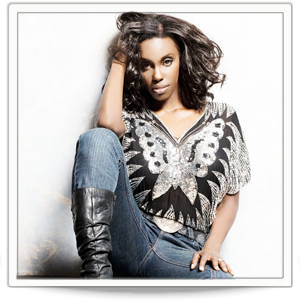 A native of Uganda, Rhoda was raised in the Washington, D.C. area, where East and West African rhythms, pop, jazz, Broadway, R&B, and hip hop music imbued her childhood, creating a unique hybrid in her musical sensibilities. As a member of various choral groups, from school and church choirs to a female a capella group while attending the University of Virginia, Rhoda’s musical instruction includes five-part harmony and piano. Her talent emerges from deeply within, guided by a natural force of love and passion for all things creative. Over the recent years, she has performed with bands, ranging in genre from rock, pop, and R&B, and studied acting at the HB Studio in New York. Rhoda’s theater work includes Cabaret (Understudy, Sally Bowles) and Once on This Island (Ti Moune) with the New York based Harmony Theater Company. Most recently, she has shared the the stage with J-Records recording star Gavin DeGraw and Blues Legend Moe Holmes. Currently, Rhoda can be seen performing songs from her current album, “It’z ‘Bout Time” as well as performing with Funk Band Loose Booty in New York City. She is featured as the lead vocalist on AfterSix Productions’ title track “What Love Is,” as well as adding on the sultry French adlibs on the remix “What Love Is” (The Afterflow)” Rhoda is also writing and recording her second solo album, entitled “Rhoda” again in collaboration with premier saxophonist Kareem “Lil Maceo” Walkes. Rhoda holds a J.D. from the George Washington University School of Law and is admitted to practice in New York and Washington, D.C.

Tear Drops
Not Just the Physical
What Love Is